A central Queensland microbiologist says crocodiles could hold the key to turning human stem cells into cartilage for the treatment of joint injuries and arthritis.

Pardraig Strappe and a small team of researchers at CQ University have been working to perfect a process that extracts valuable growth factors from the cartilage of crocodiles and removes proteins that trigger an immune response in humans.

"That gives us a soup or a glue that might promote our own adult stem cells, stem cells we take from fat tissue or bone marrow, to become cartilage," Dr Stappe said.

"We hope that might promote cartilage repair, which is a big challenge and becoming more so in elderly populations."

After the croc cartilage 'soup' is added to the adult stem cells, a 3D printer is used to bio-print cartilage explants that could eventually be injected or implanted into damaged human joints.

"If you have a traumatic injury to the articulating joint, particularly the knee, you are left with a crack or a fissure and that doesn't have an endogenous repair system because cartilage doesn't have a blood supply," Dr Strappe said.

"You are left with a hole that needs to be filled in.

"With 3D printing we can mimic that hole or that gap so potentially the orthopaedic surgeon could fill in that gap with a little cartilage explant to repair the joint," he said.

"We're looking at a new type of process," he said.

"What we're looking for is a long-term repair to the cartilage so people can return to work and to sport much faster and they don't have the long-term effects of inflamed joints."

Dr Strappe's research was sparked by a CSIRO study from more than a decade ago that ranked the proteoglycan levels in the cartilage of a number of different species.

He said crocodiles were at the top of the list.

"A crocodile has very big articulating joints so it needs a lot of cartilage to maintain that movement," Dr Strappe said.

The cartilage around the rib cage of the crocodile is particularly rich in proteoglycans, making it the most valuable part for the researchers.

He found himself on the doorstep of the Koorana Crocodile Farm and faced with a valuable opportunity.

"They are very innovative in looking at new ways to use waste products, which essentially for them is cartilage," he said.

"This is certainly a new opportunity to do this decellularisation approach with a fairly unique source."

The team at the Koorana Crocodile Farm produce crocodile skins for export to Italian fashion houses and meat for the Australian market.

"Any croc cartilage that's left, I try to collect as fresh as I can or it can be frozen," Dr Strappe said.

"The only thing that we throw out in our abattoir at the end of the day is the paper towel we wipe our hands on," Mr Lever said.

"The bones are sold to a dog food manufacturing company, the same with the guts and internals, we have tail tips that are sold and feet that are sold for back scratchers and stubby coolers.

"We are delving head first into anything that we can to do with crocodile by-product."

Dr Strappe said the research team was currently focused on maintaining funding for the project and generating interest among bio-tech companies that could potentially develop and market the technology. 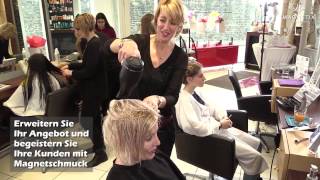 After Christmas Sale is now on!

We wish you a Merry Christmas!

Our most popular Christmas Gift Ideas